Historically, scrap metal recycling was not about sustainability and the environment, nor was it a social imperative; it was simply a way of making things last longer, avoiding having to spend on materials, and making some extra money by selling valuable substances so that they could be reused.

This sense of recycling dates back for centuries, and it is only with the advent of modern, cheap mass production techniques that many things have become affordable enough to be viewed as ‘disposable’.

During the 20th century, things changed – in the global depression of the 1930s-40s, recycling was a way to make money go further, but by the 1960s-70s it had started to be seen as a way to be kinder to the environment.

Fast-forward to the early 21st century and, until recession hit again in 2007-08, sustainability had actually become something businesses would spend extra on, as part of their corporate social responsibility and environmental policies.

Now the recent economic turbulence has brought money back to the list of priorities for many businesses simply trying to survive in tough trading conditions, so it’s little surprise that scrap metal recycling as a way of selling waste materials has returned to the fore.

But what does the future hold? There are a few possibilities…

Prioritising the use of more recyclable metals is one option that may be explored too; some metals, such as those used in smartphones and batteries, are still only recycled at very low percentage rates.

Others such as the copper alloy known as gunmetal (and literally used in making guns), actually perform better when they contain some impurities, making them great candidates for more extensive use in recycling in the future.

Finally, it is worth noting that recycling is really coming of age, with new laws to ensure people’s identity is recorded when they trade in scrap metals.

This gives scrap metal merchants more peace of mind that the scrap has been legitimately collected, and that the payment will be properly declared for tax purposes, all of which helps the customer to get a proper market rate for their materials at trade-in.

England’s household recycling rates have dropped for the first time ever, prompting calls for drastic change, and no doubt ending the UK’s chances of meeting the EU recycling target of 50 per cent by 2020.

The amount of waste being recycled by English households had been heading in the right direction, steadily increasing for a decade, however it had flatlined for three years more recently. Now newly released figures have shown that the amount of waste recycled between 2014 and 2015 in England had decreased, from 44.8% to 43.9% respectively. This is the first drop since the country began tracking recycling figures, and means England has fallen back to pre-2012 recycling rates.

Discussion of the recycling rate drop has so far brought several potential reasons to light, including confusion over what can and cannot be placed in recycling bins, government and local authority budget cuts, and lack of recycling promotion. However, the figures show that some local authority areas are performing much better than others – for example, Newham in London had a 15 per cent recycling rate in 2015, compared to South Oxfordshire which recycled 67 per cent.

It is important to remember that England is still recycling four times as much as it was back in 2000, but this recent drop in the rate shows there is much room for improvement – especially in certain local authority areas. 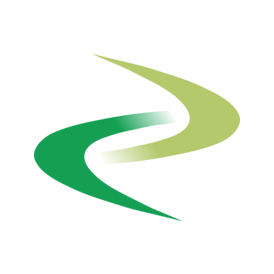 Welcome to Our Store
Welcome to Recycling Management Ltd Are you a Domestic or a Commercial customer?
Domestic Commercial
×

Email
I have working with Recycling Management (RM) for well over a year now and found them to be a excellent company to work with. Although it hasn't happened often, when there has been a mix of communications it has been dealt with urgently and professionally. I have met with the key personnel in RM and visited their site in the Midlands too which was an excellent advert for their business. They also service our northern site in Sheffield and we have had absolutely no issues with any of their vehicles, drivers or service.

Email
Hassle free service both with drivers & the office staff

Email
The service is very good and the contact is excellent.

Email
Hi and a happy new year to you all. My apologies for not filling this out sooner but just been so busy. Can't complain at all about your services, you always try and accommodate our needs as its hard to judge when our bins will be full but you always help us out. And as for your representative Mr Lee Perry, well........ what can one say....... he's salt of the earth and always been upfront with me and he's always been there at the end of the phone with help and advice when needed, even when I've contacted him over the weekend or at alton towers. In a nutshell I'd recommend recycling management to anyone, 10 out of 10 all around. Cheers, Tim Aucott
Read more...
5
Excellent
Sell your scrap metal